Radio Ink: Radio to the Rescue in Louisiana 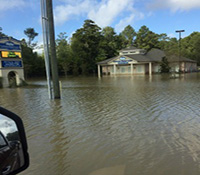 According to the American Red Cross, the flood that devastated parts of Louisiana in August was the worst disaster since Hurricane Sandy four years ago. At least 13 lives were claimed and damage estimates are as high as $30 million. Radio Ink spoke with Guaranty Media General Manager Gordy Rush about the flood and how the companys four stations in Baton Rouge covered the weather and relief efforts. Rush said, Our team was relentless. James Gilmore, our country midday talent, who is also fighting stage 4 kidney cancer, produced 12 hours of Talk 107.3 programming over the weekend, then went to help another employee clean out his house after the flood water went down.