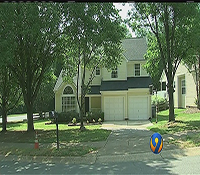 Cox Media Groups ABC affiliate WSOC-TV Charlotte aired Action 9 investigates scammers renting out homes they dont own. Con artists in Charlotte are renting homes that they do not own, leaving renters homeless and out of thousands of dollars. By the time renters figure out what happened, the scammers are long gone. Some of these scammers even have keys to the homes, making them more convincing. Charlene Sherrill said that when she responded to an ad for a north Charlotte home on Craigslist, the scammer met her at the home three times. He even had a key and showed her inside. She gave him the required six months rent up front: $7,000. Sherrill, who has four children and one on the way, said her family moved in and even decorated the place. Twelve days later, the real owner and police knocked on the door and told them they had to leave.

WSOC also aired 9 Investigates DMV making millions selling personal information. The Department of Motor Vehicle is making millions selling your personal information, and its perfectly legal. WSOC questioned the Department of Transportation to find out if your private data, including your license number, could end up in the wrong hands. 9 Investigates the companies across the country paying big money for your sensitive information.