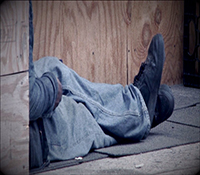 Tribunes CW affiliate WPIX-TV New York aired an award-winning investigation that triggered change for the homeless community. WPIX aired dozens of reports on New York Citys corporate homeless hotels, showing that anyone can walk in unchecked by any security and access the floors where the homeless stay. Homeless Services Commissioner Steven Banks then announced security reforms during an interview on WPIX. A growing number of elected officials in New York, including U.S. Senator Charles Schumer, have criticized the corporate homeless hotels.