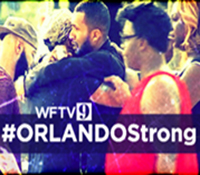 Fox-owned WOFL received support from stations in Tampa, Philadelphia and Chicago during wall-to-wall coverage from 6 a.m. to 11:40 p.m. on June 12. On June 13, WOFL focused on the police investigation and the effect on the community from 5  10 a.m. and in special hour-long newscasts at noon and 4 p.m.

It does give you pause for what this business is all about, which is providing a service and information to the public, WOFL Vice President of News Jeff Zeller told Broadcasting & Cable.

Graham Media Groups (GMC) NBC affiliate WDIV Detroit told TVSpy that all GMG stations made an effort to assist CBS affiliate WKMG Orlando, as the station provided wall-to-wall coverage. "Our hearts go out to the people of Orlando. WKMG is part of the Graham Media family and we all support each other," said WDIV General Manager Marla Drutz. "I cant imagine what they and their viewers are going through."