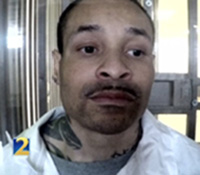 Cox Media Groups ABC affiliate WSB-TV Atlanta aired Georgia Keeps Inmates in Prisons, Despite DNA Results That Could Clear Them, May 18. WSB examines Georgias justice system, after a former legislator who crafted the states DNA statute said innocent people remain in prison. The law allows inmates to get old evidence tested for DNA years after their conviction, but a new trial is not guaranteed.