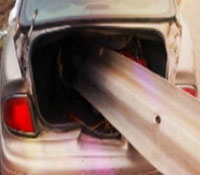 Sinclairs ABC affiliate WSET-TV Lynchburg, VA uncovered failures in testing guardrails on state highways that could have left thousands of faulty guardrails on the road. The guardrails could impale drivers on impact, but Virginia is now removing them. Citing WSETs investigation, Virginias senators have sought an investigation into guardrails on federal highways nationwide.