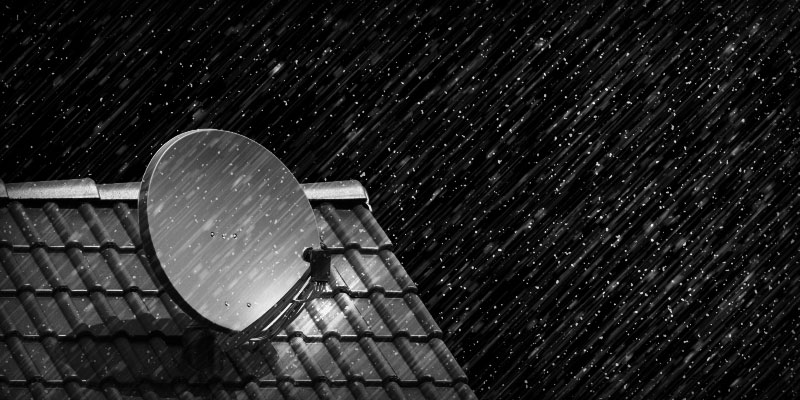 Congress can make sure viewers nationwide can watch their local news

Rebecca Howell has lived in the same house in Bowling Green, Kentucky, for 42 years — and she’s never seen rain and flooding like the community experienced earlier this year. The deluge washed the rocks out of a sinkhole in her yard.

"It is really hard to believe how bad it was," Howell told WBKO 13.

As the rain came down and rivers and streams overflowed, reporters at WBKO stayed on the air, helping community members stay safe. Yet, Bowling Green residents who subscribe to DirecTV were denied access to these critical updates because the satellite provider does not offer local broadcast news to every community.

DirecTV is taking advantage of a loophole in a law from 1988, now known as the Satellite Television Extension and Localism Act Reauthorization, or STELAR, which regulates certain aspects of the broadcast, cable and satellite industries.

Under the law, which Congress is debating extending or allowing to expire, satellite providers aren’t required to deliver local broadcast stations to viewers. Instead, they can transmit signals from faraway television stations. So, a viewer in Bowling Green looking for information on flooding could instead be stuck watching the news from New York, Los Angeles or Washington, D.C. Today, DirecTV denies 12 communities their local TV stations.

When Congress first passed the legislation three decades ago, it was difficult and expensive for satellite providers to transmit local signals to every community across the country. With modern technology, that’s no longer the case. Satellite provider DISH delivers local broadcast stations to all its markets, yet DirecTV continues to import distant signals.

If Congress were to let STELAR expire, all satellite viewers nationwide would have access to their local stations, giving them vital information during natural disasters and other events that could threaten public safety, like Bowling Green’s floods earlier this year.

“Flooding is so dangerous in the state of Kentucky, so many lives have been lost,” Chris Allen, WBKO’s weather director said. “It’s our responsibility to provide accurate, timely information to our viewers so that can stay safe.”

Allen and his coworkers want to make sure viewers understand the potential impact of weather events so they can be prepared. The WBKO team relies on data from 15 computers, which are constantly crunching data, to guarantee they can give viewers the best possible information.

“We’re almost like an emergency room. We’re always here. We’re always watching. Even in the middle of the night, we’re going to be here,” Allen said.

To learn more about why STELAR should expire, click here.