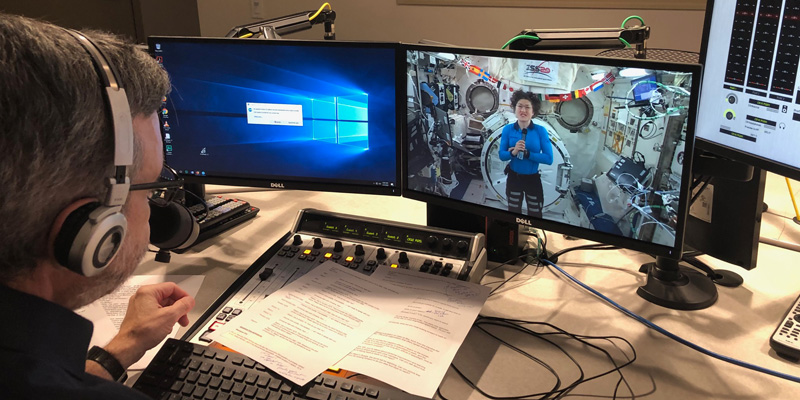 "Welcome aboard the International Space Station."

Those aren’t words every radio host gets to hear, but Michael Toscano, host of “First Light” for Westwood One, got to hear just that when he interviewed astronaut Christina Koch. Koch spoke to Toscano while on the International Space Station (ISS) during her record-setting 328-day flight.

Toscano and Koch spoke while the ISS was traveling at 250 miles per hour 17,000 miles above the Earth. They discussed what daily life in orbit is like, and Koch said she hoped to see some pieces of the ISS return to Earth intact to be preserved in museums, given that the station is a marvel of modern science and engineering.

Toscano’s interview with Koch was the only radio interview the astronaut gave during her flight, highlighting radio’s unique power to connect people, even across the vastness of space. Westwood One’s Suzy Schultz says radio “is the only medium providing an intimate connection of companionship and content, allowing millions to simultaneously feel a one-on-one connection.” Radio’s ability to connect us to our family, friends and communities may be even more keenly felt during these challenging times.

You can listen to the First Light episode featuring Toscano’s interview with Christina Koch below.

For 100 years, broadcast radio has been delivering the moments, big and small, that bring our communities together. Share your favorite radio memory using #Radio100 in recognition of this centennial year.