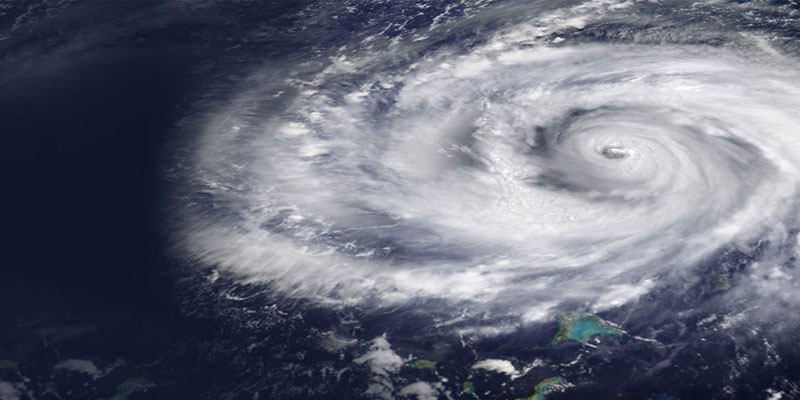 Broadcasters All-In During Florence: 'We are Fighting for You'

The storm surge from Hurricane Florence flooded the WCTI newsroom in New Bern, North Carolina, forcing reporters, producers and crewmembers to evacuate. Even so, meteorologist Donnie Cox stayed on the air.

Cox and weatherman Shane Hinton were among the last employees in the WCTI building on September 13, only leaving when water compromised the station’s generator. The crew resiliently worked to keep viewers informed of the storm’s path, and possible tornadoes brought on by the hurricane’s wind gusts. WCTI’s sister station, WPDE in Myrtle Beach, took over the broadcast after the station flooded.

Radio and TV broadcasters across North and South Carolina and Virginia play a critical role as “first informers” in their towns, working nonstop during Hurricane Florence to deliver the information their communities need to stay safe during and in the aftermath of the storm and subsequent flooding. They braved harsh, dangerous conditions as they provided a lifeline to their neighbors.

“We are here with you guys in [East North Carolina] and we are fighting for you guys, and we want you to stay safe and stay strong,” WCTI General Manager Matt Bowman said after his station’s evacuation. The team at the Sinclair-owned station continued to provide updates after clearing the building, broadcasting news reports over social media.

At least 17 people died in the first few days of the storm as historic flooding swamped the Carolinas. Swansboro, North Carolina, received 30 inches of rain, with several other communities getting hit with nearly two feet. The hurricane also spawned tornadoes across the region.

One of those tornadoes forced staff at WWAY, in Wilmington, North Carolina, to briefly shelter in place. The ceiling was breached, but the team at the Morris Multimedia-owned station continued to broadcast.

“Talk about a TEAM. Part of our set is down, we have had constant #tornado warnings but we are still on-air,” Marissa Yoder, producer of WWAY’s “Good Morning Carolina,” tweeted at 2 a.m. September 16.

Broadcasters like Yoder and those at WCTI utilized social media, in addition to traditional over-the-air methods, to provide the latest on the storm. They were able to broadcast live on Facebook and Twitter, and directly interact with news consumers.

“Our goal is to get as much real-time information to listeners as possible, using all of our assets including social media, e-blasts and push notifications,” Dave Carwile, president of the Virginia-Carolina region at iHeartMedia, told “InsideRadio” before Florence came ashore. iHeartMedia Myrtle Beach replaced its usual programming on four FM stations with “Operation Storm Watch.” The stations provided live weather and power outage updates, as well as caller interaction.

Providing that real-time information requires stations to plan ahead so they can stay on air, even during the most intense conditions. Stations spent the days in the run-up to the storm testing their generators and back-up systems, as well as gathering supplies. Investigative reporter Jonah Kaplan and photojournalist Chris Hart of WTVD in Durham, showed viewers the supplies they kept in their SUV, ranging from spare gas cans and cases of water to the trash bags they use to keep equipment dry.

Reporting on the hurricane also requires sacrifices from broadcasters, who often stay behind to cover dangerous storms, even as their families evacuate to safer areas. They work around the clock, often enduring long overnight shifts, with one goal in mind: keeping their neighbors safe and informed.

“We live in the communities which we serve, and our stations are a critical connection to our friends, families and neighbors in times of need like this,” Curtis Media President and COO Trip Savery told RadioInk. “That is when we have our greatest responsibility as broadcasters to ensure the public has the information they need.”